In March 2017 we held a t-shirt design challenge. We ran a story about our first winner, Eunice Chow, on our website, and now it's our second winner's turn. Congratulations to Amir Hussain, who received RM400 in Parkson gift vouchers last year for his brilliant design, a powerfully evocative image of a cyclist struggling up a winding road.

It's great timing since this year's Tour De France cycle race, the 105th, finished just three weeks ago, a remarkably difficult challenge that's all about mind over matter, including 21 stages, 26 mountain climbs, and a total race distance of 3,349 kilometres. As you can imagine it takes an enormous amount of determination – of mind over matter – to finish the Tour, never mind actually win it!

Amir's winning T shirt design – Inspired by an amazing phenomenon
Amir placed the concept of 'mind over matter' at the centre of his T shirt design, featuring a stylish abstract image of an overweight man on a racing bike with his head down, peddling like mad to make his way steadily up a steep hill. It illustrates beautifully the amazing human skill of seeing an obstacle, ignoring it, and carrying on! He did it because he's an obsessive cyclist and knows exactly what it means to beat his own exhaustion, master his machine, and conquer the landscape he's cycling through to reach the finishing line. 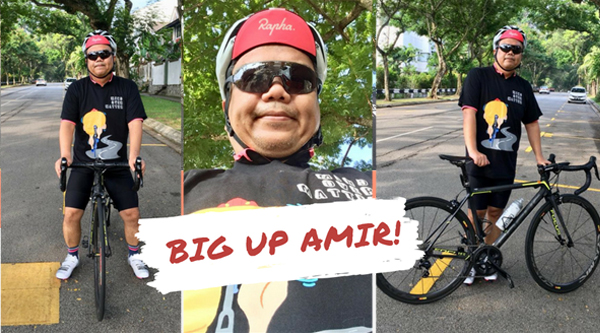 When you're determined to succeed you can move mountains to get where you want to be. It's an inspirational message for us at TGC Asia, Aktiv ASPAC, UCG Asia and Aktiv Aetos, since the fuel we run on is made from teamwork and perseverance.

A positive mindset beats a negative one every time. Self-belief, belief in the people you work with, belief in our clients, belief in the products we sell... belief is vital when you're determined to achieve something out of nothing, which is exactly what everybody who works in business is doing. We take a bunch of great products, we find a bunch of great clients, we arrange ourselves into great teams, and by joining all this together we create a thriving business that nurtures ourselves and our families. 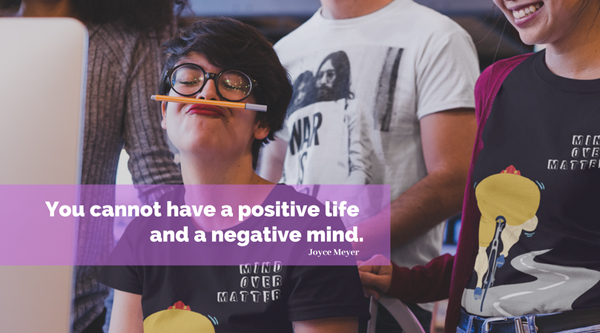 How powerful is mind over matter?
Mind over matter is one of your most powerful tools. Tibetan monks, for example, have better control over their minds and bodies than the average person. They can even control their own blood pressure and body temperature, something that amazes medical doctors.

The placebo effect is another example of mind over matter. In one experiment in the USA a group of university students were given very weak beer to drink, which they were told, was very strong. They all became very drunk, very quickly, even though it was 'almost impossible' to get drunk on the weak beer.
Many athletes also claim mind over matter helps them perform better in sports. When they 'play' the game in their minds beforehand, in their imaginations, it really does help them perform better in real life.

Learn from Amir's T shirt!
Amir's design says a very important thing: if you have a strong belief that you can do something, you are much more likely to achieve it than if you tell yourself you can't do it. 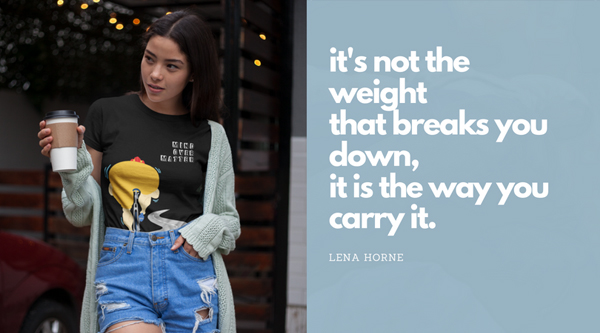 We'd like to thank everyone who submitted a design once again, for their valuable time, effort, creativity and collaboration. Unity makes us stronger. Together, we can change our world!